Aderlating - dying of the light 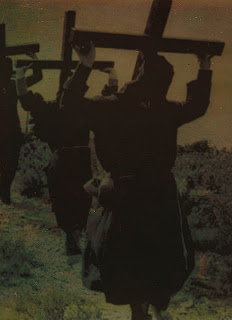 Aderlating is a project of Mories, the disturbed, twisted artist behind the overwhelming ‘Gnaw Their Tongues’ and ‘De Magia Veterum’. He has always been one to take extreme music to a new level with an exceptional catalog or original and diverse releases. So, when I heard about this project, I decided to check it out as soon as I could and try to keep my expectations as low as possible lest I be disappointed. But surely, Mories could do no wrong…right? RIGHT. What we have here is Mories delving into a gruesome and corrosive atmosphere with Aderlating playing a mixture of Black Noise, drone and black metal thrown in to create an oppressive environment of torture and vengeance.

The sound here is murky. Murky to the point where you feel its been submerged in a never-ending pit of murkiness, creating a pulse of ugly black noise. Buzzing black metal guitars are submerged into the blurred landscapes. You will find some heavy distorted bass which gives a harsh discordant, noisy tone. The drums are primitive and drive the music brilliantly. There is a section in the second song ‘Soul Harvest’ in which all you can hear is some dark ambiance, slow plodding riffs but fast and bizarre drums. Sounds peculiar and very different and pretty much depicts the madness of the artist. The vocals range from high torturous screams to some mysterious chanting and outright creepy voices. They complement the claustrophobic and the torturous sound of the music perfectly and at times, even add a sense of dread to the overall sound. The synths are stunning. Depicting pain and torture, they are used to awaken fear, psychosis and the agony that has been lodged deep beneath the human soul.

The music here is aimed at total emotional obliteration. You are immediately transported into the mind of a maniacal, unstable individual devoid of reason or logic. You can experience a plethora of emotions ranging from fear to misery. It grabs the attention of the listener. There is never a moment when the listener would be able to draw his breath over a long period of time. Never a moment where he would be calm. This is the total darkness. Highly recommended to people who like chaotic black metal, noise or dark ambient music.
Posted by Gautam at 10:53 AM No comments: 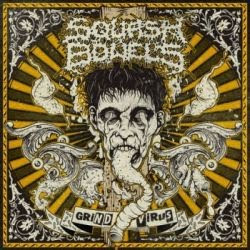 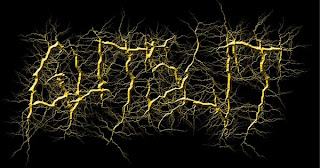 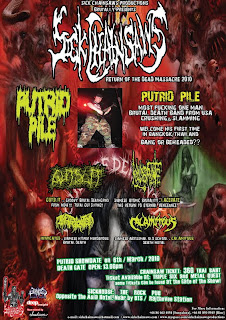 Prepare yourselves people! The Indian underground has finally arrived!
Posted by Ankit at 2:12 AM No comments: