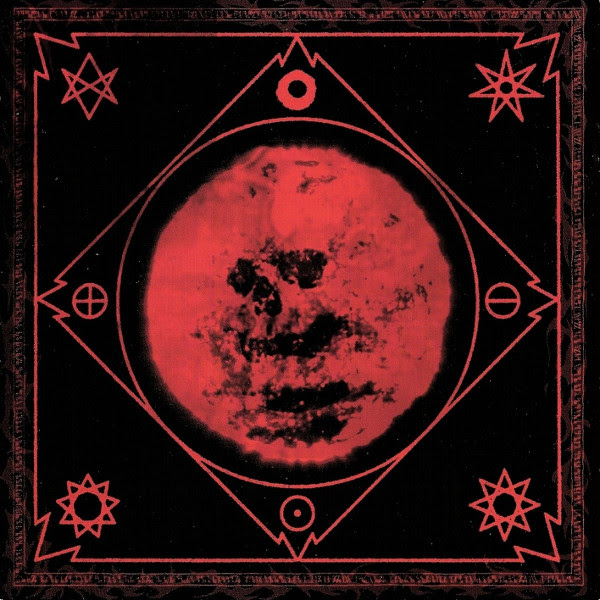 Germany's Katharsis are no strangers to the pumelling underground black metal phenomenon which has been increasing incessantly since the past decade or so. The band was formed in 1994 but it wasn't until the advent of the new millennium that they actually unleashed their first full length, which was suavely titled as ''666'' in pure satanic devotion. Their blackened satanic noise has been pissing on all modern trends ever since then and the release of their third full length ''VVorldVVithoutEnd'' is no exception. This is such a crazily structured album title, which I suppose was the result of a missing 'W' on their keyboard. Jokes apart, 'VV'' sounds/looks more kvlt than 'W' so they already score a win point here.
Now the next win point would go absofuckinglutely for the sonic assault which this album emanates. If you feel that you have been already exposed to the vilest and most chaotic black metal assaults from the second wave BM luminaries, then I am sorry to prove you wrong. This album has taken conventional black metal to the escalating heights of atonal chaos. It unleashes such cavernous sounds upon your ears that you would be compelled to yell - ''wtf did I just hear?''
Its totally an adrenaline surge on your veins and specially your ears. The highly treblish and atmospheric production value of the album makes me feel that it was written in the devil's studio itself, buried 666 feet below an ominous German concentration camp with cries of incessant torture resonating around.
Its fierceness could be described as nothing but a sledgehammer cutting through your flesh and ripping each and every single vein inside. The riffs are extremely chaotic but they still manage to remain memorable.
They have simply taken their evident Darkthrone influences from the early releases to a more atmospheric and dissonant level. The tracks are long and have been structured very nicely to keep one's ears busy. Unlike a typical Norsecore album which gets tedious due to the monotone of the musical structures, VVorldVVithoutEnd thrives a little more on focused songwriting instead of simply being a sloppy, bed room black metal album. Drakh's piercing vocals are a very important constituent of this album. The cavernous reverb on his already menacing vocals adds a very fiendish atmosphere to the essence of the music.
His guitar duties along with those of Scorn are the pivotal elements behind the creation of an album as ominous as this. As I said above, they have taken their early influences to newer heights by creating a very atmospheric dissonance, more like a 'buzzsaw' sound which is capable of piercing the listener's ears.
M.K.'s drumming is also a tad varied than a lot of typical BM albums where the drummer is mostly busy blasting and hence creating a snore fest for the listeners. His drumming here is very good and suitable for the string onslaughts of Scorn and Drakh. He switches from blast beats to slower beats and relies on delicious cymbal work for crafting a praiseworthy percussive performance.
I must say that VVorldVVithoutEnd is not meant for everyone and it demands a lot of labor from the part of the listener. It might take sometime for you to get into it, but trust me it only gets better after each passing listen. The cacophonous ambiance of the album is something which you won't easily get to hear. I am often reminded of the notoriety which an album like ''Salvation'' by Swedish masters Funeral Mist had achieved. So if you are still interested in listening to the album after reading this description, then waste no time in getting your hands on it.
Maybe take a preview of certain tracks like ''Eden BeloVV'', ''Wytchdance'' or the amazing self titled ''VVorldVVithoutEnd'' and see for yourself. For me, this album is a certified masterpiece and I highly recommend it to everyone who enjoys chaotic yet compositionally adept black metal.