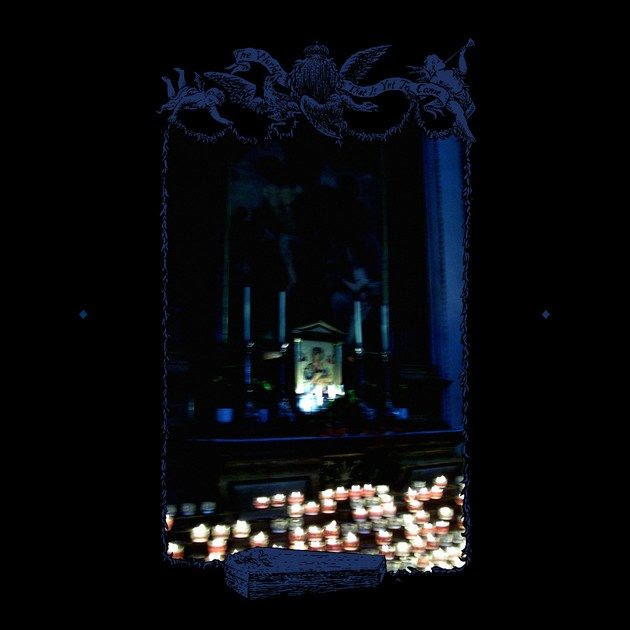 Full Length, January 2011
The Ajna Offensive
Negative Plane is undoubtedly, one of the finest band's which the American black metal dungeon has spawned in this era. Their debut ''Et in Saecula Saeculorum'' had caused a stir in the underground 'scene' on the time of its release and not without a good reason.
Now their sophomore album entitled as ''Stained Glass Revelations'' appeared out of nowhere early last year and again appeased their fans and new listeners with its novel approach towards black metal. It invokes surreal dimensions from the 'negative plane's' of an unfathomable abyss. A befitting band name indeed.

Few albums have the charm of enchanting and horrifying the listener on the first listen itself and this is one of them. Listening to it is an extremely compelling and painstaking experience because the amount of attention it demands is overwhelming. Imagine that you have been transported to a void, where there is absolute nothingness or 'shunyata' and ghoulish sounds are dragging you deep within the invisible portals of that chasm. There is absolutely no escape as the harder you try to venture out, the deeper you get dragged into it.

This is what ''Stained Glass Revelations'' could do to you if you are willing to admire the majestic grandeur which it possesses. The unholy trio of Negative Plane have successfully weaved a web of magic with their meticulously etched instrumentation. Dark, cavernous passages of doom and medieval horrors are presented by the reverbrating guitar feedbacks which are enriched with a psychedelic menace. Apparently, the band spent years in writing these songs with due attention and care and that is why they were able to unleash such intense structures. Note that the band's aim wasn't to compose a complex song structure just for the heck of it. Every single note present on the album makes perfect sense and it would be understood only after several attentive listens. Nameless Void's raspy and almost 'spoken-word' vocal delivery is even more reverb laden than the debut and it works fabulously in enchancing the overall mood of the music. Clean vocals are also mixed with these creepy howls on tracks like ''Angels of Veiled Bone'' and ''All Souls''.

Another good surprise was the presence of bass, an instrument whose potential is not usually exploited in many of the modern releases. The bass is not merely present here but it does a lot of the talking, as it supports NV's excellent guitar passages while acting as a sort of rhythm guitar itself. It kind of reminded me of the suberb bass presence on StarGazer's last release ''A Great Work of Ages''.

But it is N.V.'s avant-garde and artistic approach towards the guitar melodies and leads which has raked in most of the moolah. The guitar work has been often compared to 70's pyschedelic rock, kraut rock and even surf rock, while still being rooted in the aesthetics of first wave black metal. While I wouldn't completely agree with these comparisons, I would not them either. The band has always stated their major influences in their interviews which are legends like Master's Hammer, Mercyful Fate, Ved Buens Ende, Mortuary Drape and even doom metal like Black Hole and Death SS (with Paul Chain). I think that the nearest comparison which should be drawn with Stained Glass is Martyrium's underrated classic ''L.V.X Occulta''. After listening to both albums together, it makes perfect sense about Negative Plane's immediate influence for this album. Both the albums present an almost similar atmospheric weirdness, with deeply echoed vocals and muffed up, reverbrating guitars and muddy drums.

It is highly commendable of the band to present such a perfect mixture of various elements while not sounding mundane or uninspired. Classical instruments like bells, piano and organs have also been used to create somber instrumentals which have been arranged perfectly amid the swathing darkness of the main compositions. Negative Plane have manifested these macabre sounds with panache and delivered one of the most important extreme metal albums of the modern era. This album is already a classic but its important would grow incessantly in the coming years and if the band continues to deliver such balefully orchrestraed works of art, then nothing can stop them in being crowned as the forerunners of their sub-genre. So if you are willing to enter the abyssal realms of this occult gem, then do not waste more time and treat yourself with its impeccable splendor.

Originally published in ''In Blackest of Hate#2''
Posted by Ankit at 12:27 PM